A blog for all things horror!

“We don’t need them on our streets”, “they don’t live by our rules”, “they’re not like us” 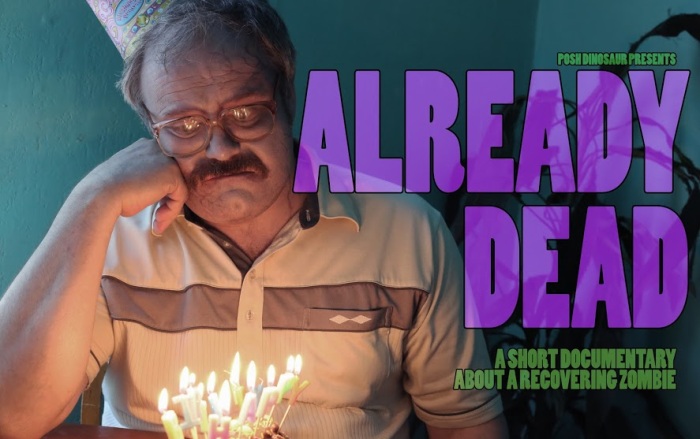 These are the sort of statements we hear (or read online) on a daily basis in Britain these days. Unnecessary hatred geared towards individuals who’s biggest crime is looking or acting different. Wether that’s the colour of your skin, the religion you practice or the people you are attracted to. Already Dead adds Zombies into the line of unwarranted hate.

In a world where the zombie outbreak has been contained by a medication that will suppress the appetite of the undead, zombies can just get on with the rest of their lives can’t they?

Meet George, a zombie in recovery. He has been one of the living dead for fifteen years, being bitten during the initial outbreak. Our documentary filmmakers are finding out what life is like for a being on ‘Zombenzine’. The performance given by Darren Ruston as ‘George’ is flawless. His delivery in ‘zomb-speak’ is highly comical and pure entertainment and by far the stand out performer in this short mockumentary.

What we see is that behind the upbeat positive mental attitude put forth by George, we have a man alienated from society, living in fear of being harassed and attacked in the street purely for an illness he cannot control. An illness he never asked for. It is in this parallel we can imagine what life must be like for those on the receiving end of bigotry, and after the jokes, we must look to ourselves to find the change needed in society.

Art is a powerful platform for addressing real life problems through different mediums. ‘Already Dead’ highlights these issues through a clever script and on point comical timing from all of the cast. This short film is only fifteen minutes long, but packs a strong message that everyone should hear, and on the surface, it is a hilariously told story full of wit and charm. 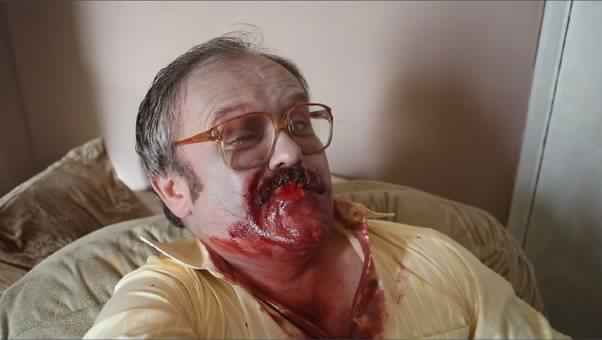 Michael James Dean (writer and director) has done a magnificent job with this short, and managed to elicit an actual laugh out loud moment from this writer who normally internalises his enjoyment while watching movies.

MJD said he did not initially set out to make a statement with this short. They say write about what you know and if you live in 2016, then you know unnecessary hatred of others is out there, but there are also plenty of selfless acts of kindness that go unreported out there too, and good always wins out.